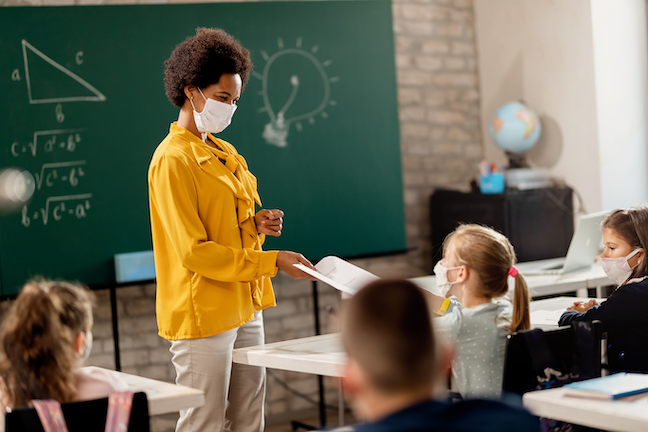 All of New Jersey’s 21 counties are now listed as having “high” rates of coronavirus transmission, according to the U.S. Centers for Disease Control and Prevention. The CDC is recommending people in all 21 counties wear masks for indoor public settings regarding of vaccination rates.

There were 946 patients hospitalized with COVID-19 or suspected cases across New Jersey’s 71 hospitals on Sunday night — 17 more than the previous night and the most since May 13 when there were 955 people hospitalized. There were 117 patients discharged.

Of those hospitalized, 182 were in intensive care (seven fewer than the night before), with 84 on ventilators (one fewer).

Still, hospitalizations and deaths in New Jersey have not risen anywhere near the pandemic’s peaks. More than 3,800 patients were hospitalized during the second peak in December. And New Jersey’s numbers overall are not as bad as other states. That, officials say, is due at least in part to the state’s relatively high vaccination rate.

More than 5.48 million people who live, work or study in New Jersey have now been fully vaccinated in more than seven months since inoculations began, according to state data. About 4 million residents remain unvaccinated.

New Jersey’s statewide transmission rate was 1.23, down from 1.25 from the previous day. Any number over 1 indicates that each new case is leading to more than one additional case and shows the state’s outbreak is expanding.

An early coronavirus hotspot, New Jersey has now reported 26,755 total COVID-19 deaths in more than 17 months — 24,033 confirmed and 2,722 considered probable, according to the state dashboard. That’s the most coronavirus deaths per capita in the U.S.

In all, the state of 9.2 million residents has reported 938,609 total confirmed cases out of more than 14.9 million PCR tests since it announced its first case March 4, 2020. The state has also reported 137,321 positive antigen tests, which are considered probable cases.

Murphy has said “all options are on the table” to fight the upticks in New Jersey, though the governor has stopped short of instituting vaccine mandates for all government workers, as the federal government has done, or requiring people to show proof of vaccination to participate in indoor public activities, as New York City has done.

Murphy said last week that of New Jersey’s 4,332 positive tests between July 20-26, nearly 18% were so-called breakthrough cases of those who had been fully vaccinated, which is up from previous weeks.

As of Monday, there have been more than 211.96 million positive COVID-19 cases reported across the globe, according to Johns Hopkins University, with more than 4.43 million people having died due to the virus. The U.S. has reported the most cases (more than 37.7 million) and deaths (more than 628,500) than any other nation.