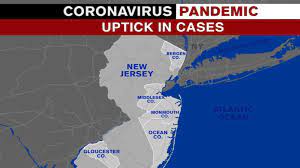 New Jersey is joining the growing list of states to require teachers to be vaccinated for COVID-19 this fall. The current mandate for health care workers is also expending to include all state employees.

Amid renewed COVID concerns stoked by the delta variant, Gov. Phil Murphy announced earlier this month that school staff members, visitors and students from kindergarten to 12th grade are required to wear masks in New Jersey schools. The state has also mandated the vaccine for a variety of the state’s front-line workers and now the requirement may be expanded to educators who will return Sept. 2.

The latest mandate, announced Monday, requires all school personnel working in grade levels between preschool and twelfth grade be fully vaccinated by Oct. 18. Employees who do not comply by that deadline must undergo regular testing, the governor added.

“Scientific data shows that vaccination and testing requirements, coupled with strong masking policies, are the best tools for keeping our schools and communities safe for in-person activities,” Murphy said.

Murphy’s executive order applies to all schools statewide, including public, private and parochial preschool programs. His mandate also expands to all state employees – including those at state agencies, authorities, and public colleges and universities – who face the same Oct. 18 deadline. Previously, staff in New Jersey’s hospitals, corrections facilities and assisted living centers had to get inoculated by Sept. 7.

It’s unclear how many state employees, teachers and child care workers remain unvaccinated in New Jersey. To date, over six million (68.9%) New Jerseyans have received at least one dose of the vaccine, according to the U.S. Centers for Disease Control and Prevention.

Murphy said Monday that his administration has heard from local reports that an overwhelming majority of teachers are already vaccinated.

“This Executive Order is another example of Gov. Murphy’s unwavering commitment to health and safety of NJEA members and the students we serve,” said union President-elect Sean Spiller.

Two-thirds of New Jersey voters, including parents of school-age children, support the state’s school mask mandate, however, they are more divided on the idea of requiring COVID-19 vaccinations for age-eligible children, a Monmouth University Poll published Monday found.

California, Washington, Oregon and Connecticut are the only states so far to enact the requirement for teachers due to rising coronavirus cases. New York City followed suit Monday, announcing the nation’s largest school system would require vaccination for all employees, without a test-out option.

The urgency for vaccine mandates comes as hospital admissions for confirmed COVID cases in kids under 18 are at their highest level in three months in the greater New York area — and nationally, they’re at the highest levels recorded yet.

Earlier this month, New Jersey’s health commissioner said the percentage of those hospitalized with COVID who were children had tripled since January. With kids under 12 still unable to get the shot, masks, social distancing and vaccine mandate for teachers can help drive down cases and protect the unvaccinated.

“All these developments point to an urgent need for everyone to get vaccinated, especially for parents to take their 12- to 17-year-olds to be vaccinated as soon as possible,” New Jersey Department of Health Commissioner Judy Persichilli said earlier this month.

Meanwhile, some parents across the tri-state are fighting for remote learning option instead of in-person instruction when September arrives. A petition started by the group called NJ Parents for Virtual Choice has garnered nearly 15,000 signatures.

In a statement to NBC New York, a spokesperson for New Jersey Department of Education said public schools in the state are expected to provide in-person learning, “provided that health data continues to point in a positive direction.”

“In the event of a localized outbreak or other emergency, districts should be prepared to offer virtual or remote instruction to any quarantined students,” department spokesperson Mike Yaple said. “New Jersey statute and regulations dictate that schools cannot provide remote daily instruction except under limited circumstances (IEP, 504 Plan). State law would need to be amended to allow for all-day/schoolwide remote instruction outside of those limited circumstances.”

New Jersey recorded 1,443 new cases of COVID-19 on Monday, a figure that dipped slightly from the end of last week but still double the number of cases two weeks ago. Hospitalizations reached 946, the highest level since May. Murphy, a Democrat, has said most of those hospitalized with COVID-19 have not been vaccinated.

In Connecticut, Gov. Ned Lamont on Thursday signed an executive order that will require state employees, Pre K-12 teachers and early childhood workers who don’t qualify for a medical or religious exemption to be vaccinated for COVID-19, beginning Sept. 27.

According to the CDC, 72.2% of the state’s population has received at least one dose, while nearly 65% have completed their vaccination. However, the state continues to report an increasing number of COVID-19 infections and hospitalizations, driven mostly by the delta variant.

Delta is also at a record-high in New York, though Andrew Cuomo is the lone tri-state governor who has not mandated the shots for teachers. The Democrat who has resigned following the attorney general’s sexual harassment probe is set to step down before midnight and he has left the vaccine mandate decision up to individual school districts.

Nearly 86% of all U.S. counties, including all five that comprise New York City, are now considered “high transmission” rate areas by the CDC, with new case rates of at least 100 per 100,000 residents daily. More than 8% of U.S. counties are deemed “substantial transmission” areas. Both classifications trigger a universal indoor mask recommendation by the CDC regardless of vaccination status.

NYC currently requires masks to be worn in schools and the rule will likely be implemented statewide once Lt. Gov. Kathy Hochul takes over as the first female governor in the state’s history.

“In a matter of days, I’ll be able to say we will have mask mandates,” Hochul said in Queens Wednesday. “I just don’t have that authority at this time, when I’m not going to overstep.”