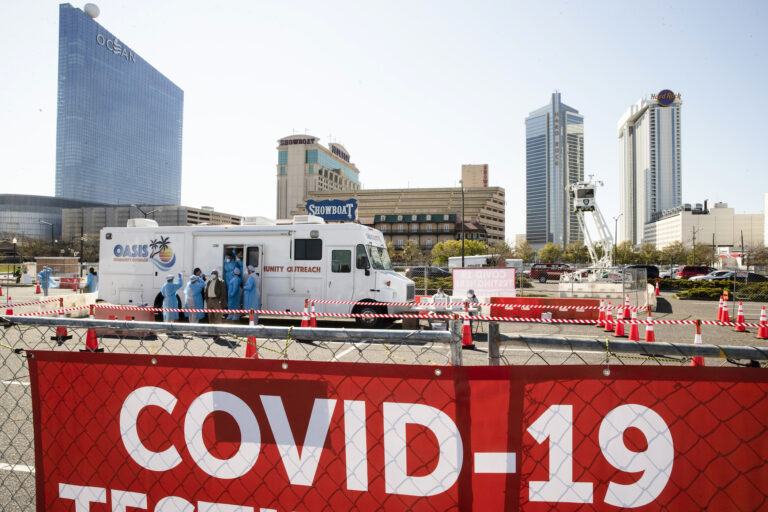 When will the COVID-19 pandemic end?

This article updates our perspectives on when the coronavirus pandemic will end to reflect the latest information on vaccine rollout, variants of concern, and disease progression. Among high-income countries, cases caused by the Delta variant reversed the transition toward normalcy first in the United Kingdom, during June and July of 2021, and subsequently in the United States and elsewhere. Our own analysis supports the view of others that the Delta variant has effectively moved overall herd immunity out of reach in most countries for the time being. The United Kingdom’s experience nevertheless suggests that once a country has weathered a wave of Delta-driven cases, it may be able to resume the transition toward normalcy. Beyond that, a more realistic epidemiological endpoint might arrive not when herd immunity is achieved but when COVID-19 can be managed as an endemic disease. The biggest overall risk would likely then be the emergence of a significant new variant.

Since the March installment in this series, many countries, including the United States, Canada, and those in Western Europe, experienced a measure of relief from the COVID-19 pandemic1 when some locales embarked on the second-quarter transition toward normalcy that we previously discussed.2 This progress was enabled by rapid vaccine rollout, with most Western European countries and Canada overcoming their slower starts during the first quarter of 2021 and passing the United States in the share of the population that is fully immunized.3 However, even that share has been too small for them to achieve herd immunity, because of the emergence of the more transmissible and more lethal Delta variant4 and the persistence of vaccine hesitancy.

Among high-income countries, cases caused by the Delta variant reversed the transition toward normalcy first in the United Kingdom, where a summertime surge of cases led authorities to delay lifting public-health restrictions, and more recently in the United States and elsewhere. The Delta variant increases the short-term burden of disease, causing more cases, hospitalizations, and deaths.6 Delta’s high transmissibility also makes herd immunity harder to achieve: a larger fraction of a given population must be immune to keep Delta from spreading within that population (see sidebar, “Understanding the Delta variant”). Our own analysis supports the view of others that the Delta variant has effectively moved herd immunity out of reach in most countries for now,7 although some regions may come close to it.

While the vaccines used in Western countries remain highly effective at preventing severe disease due to COVID-19, recent data from Israel, the United Kingdom, and the United States have raised new questions about the ability of these vaccines to prevent infection from the Delta variant.8 Serial blood tests suggest that immunity may wane relatively quickly. This has prompted some high-income countries to start offering booster doses to high-risk populations or planning for their rollout.9 Data from the US Centers for Disease Control and Prevention also suggest that vaccinated people who become infected with the Delta variant may transmit it efficiently.10
These events and findings have raised new questions about when the pandemic will end. The United Kingdom’s experience nevertheless suggests that once a country has weathered a Delta-driven wave of cases, it may be able to relax public-health measures and resume the transition toward normalcy.11 Beyond that, a more realistic epidemiological endpoint might arrive not when herd immunity is achieved but when countries are able to control the burden of COVID-19 enough that it can be managed as an endemic disease. The biggest risk to a country’s ability to do this would likely then be the emergence of a new variant that is more transmissible, more liable to cause hospitalizations and deaths, or more capable of infecting people who have been vaccinated.

Raising vaccination rates will be essential to achieving a transition toward normalcy. Vaccine hesitancy, however, has proven to be a persistent challenge, both to preventing the spread of the Delta variant and to reaching herd immunity.12 The US Food and Drug Administration has now fully approved Pfizer’s COVID-19 vaccine, and other full approvals may follow soon, which could help increase vaccination rates.13 Vaccines are also likely to be made available to children in the coming months,14 making it possible to protect a group that comprises a significant share of the population in some countries.

In this article, we review developments since our March update, offer a perspective on the situation and evidence as of this writing, and present our scenario-based analysis of when a transition toward normalcy could occur.

Even without herd immunity, a transition toward normalcy is possible

We have written previously about two endpoints for the COVID-19 pandemic: a transition toward normalcy, and herd immunity. The transition would gradually normalize aspects of social and economic life, with some public-health measures remaining in effect as people gradually resume prepandemic activities. Many high-income countries did begin such a transition toward normalcy during the second quarter of this year, only to be hit with a new wave of cases caused by the Delta variant and exacerbated by vaccine hesitancy.

Indeed, our scenario analysis suggests that the United States, Canada, and many European countries would likely have reached herd immunity by now if they had faced only the ancestral SARS-CoV-2 virus and if a high percentage of those eligible to receive the vaccine had chosen to take it. But as the more infectious Delta variant becomes more prevalent within a population, more people within that population must be vaccinated before herd immunity can be achieved (Exhibit 1).

Vaccine hesitancy makes it all the more difficult to reach the population-wide vaccination level rates that confer herd immunity. Researchers are learning more about differences among individuals’ attitudes, which include both “cautious” and “unlikely to be vaccinated.” 15 Meanwhile, social tolerance for vaccination incentives and mandates appears to be growing, with more European locations adopting vaccination passes16 and more large employers in the United States implementing vaccine mandates.17
While it now appears unlikely that large countries will reach overall herd immunity (though some areas might), developments in the United Kingdom during the past few months may help illustrate the prospects for Western countries to transition back toward normalcy.18 Having suffered a wave of cases caused by the Delta variant during June and the first few weeks of July, the country delayed plans to ease many public-health restrictions and eventually did so on July 19, though expansive testing and genomic surveillance remain in place. UK case counts may fluctuate and targeted public-health measures may be reinstated, but our scenario analysis suggests that the country’s renewed transition toward normalcy is likely to continue unless a significant new variant emerges.

The United States, Canada, and much of the European Union are now in the throes of a Delta-driven wave of cases.19 While each country’s situation is different, most have again enacted public-health restrictions, thus reversing their transitions toward normalcy. The trajectory of the epidemic remains uncertain, but the United Kingdom’s experience and estimates of total immunity suggest that many of these countries are likely to see new cases peak late in the third quarter or early in the fourth quarter of 2021. As cases decline, our analysis suggests that the United States, Canada, and the European Union could restart the transition toward normalcy as early as the fourth quarter of 2021, provided that the vaccines used in these countries continue to be effective at preventing severe cases of COVID-19. Allowing for the risk of another new variant and the compound societal risk of a high burden of influenza, respiratory syncytial virus, and other winter respiratory diseases, the question for these countries will be whether they manage to arrive at a different epidemiological endpoint, as we discuss next.

We have previously written about herd immunity as a likely epidemiological endpoint for some countries, but the Delta variant has put this out of reach in the short term. Instead, it is most likely as of now that countries will reach an alternative epidemiological endpoint, where COVID-19 becomes endemic and societies decide—much as they have with respect to influenza and other diseases—that the ongoing burden of disease is low enough that COVID-19 can be managed as a constant threat rather than an exceptional one requiring society-defining interventions. One step toward this endpoint could be shifting the focus of public-health efforts from managing case counts to managing severe illnesses and deaths. Singapore’s government has announced that it will make this shift, and more countries may follow its lead.20
Other authors have compared the burden of COVID-19 with that of other diseases, such as influenza, as a way to understand when endemicity might occur.21 In the United States, COVID-19 hospitalization and mortality rates in June and July were nearing the ten-year average rates for influenza but have since risen. Today, the burden of disease caused by COVID-19 in vaccinated people in the United States is similar to or lower than the average burden of influenza over the last decade, while the risks from COVID-19 to unvaccinated people are significantly higher (Exhibit 2). This comparison should be qualified, insofar as the burden of COVID-19 is dynamic, currently increasing, and uneven geographically. It nevertheless helps illustrate the relative threat posed by the two diseases.